While appearing to be very quiet and serious, Mr. Van Tassell is really an adventurous and fun person. He was sort of officially raised in Utah, but he spent most of his weekends and summers helping out on his family’s farming/ranching ventures in Idaho (except when he was wrestling). Mr. VT graduated from Utah State and started his career teaching vocational agriculture and shop classes. As much as he enjoyed his time taking care of the land and the animals, he felt something was missing in teaching the subject. So, after much thought, he took his wife, his four young children, and his savings account and went to BYU to switch subjects. He has found satisfaction in not just “teaching” math, but in helping young people really learn to understand and enjoy math. Believing that learning never ends, he continues to take classes and has been taking more calculus and upper mathematics classes this year.

Mr. and Mrs. Van Tassell celebrated their 35th anniversary in August and are the parents of four children, two boys and two girls. In addition, they have ten adorable grandchildren! Traveling is fun at almost any time, but especially when you can go to New York, Washington, D.C., and Hawaii to visit the grandchildren. And anyone who has traveled with Mr. VT has definitely learned of his passion for history as he stops at every historical marker and is known for his phrase “did you know . . .?”.

One of Mr. Van Tassell’s favorite things to do is to READ. He especially likes to read anything to do with history (he has even read his children’s history textbooks, just for fun!). Snorkeling and scuba diving are two other things he thoroughly enjoys – seeing sea turtles, sharks, and colorful tropical fish and coral is so much fun! Something else that is kind of unique in Utah is that Mr. Van Tassell is a trained sea captain and loves to be out on the ocean! Mr. VT also enjoys most animals (horses, cows, cats), but his favorite pets are dogs – and the bigger, the better!

Life’s adventures have taken the Van Tassell family to Idaho for four years, to Hawaii for three years, to a farm/ranch in the Uintah Basin for 13 years, and most recently to Key West, Florida, to help start a submarine tourist business. It seems that we like Utah best because, in between the exotic (or not so exotic), this is where we return. Mr. and Mrs. VT bought a house in Lehi’s Jordan Willows area – right on the wetlands. 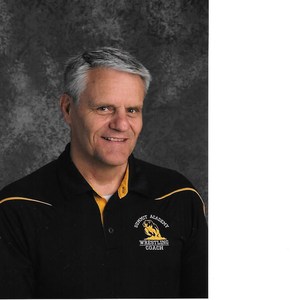